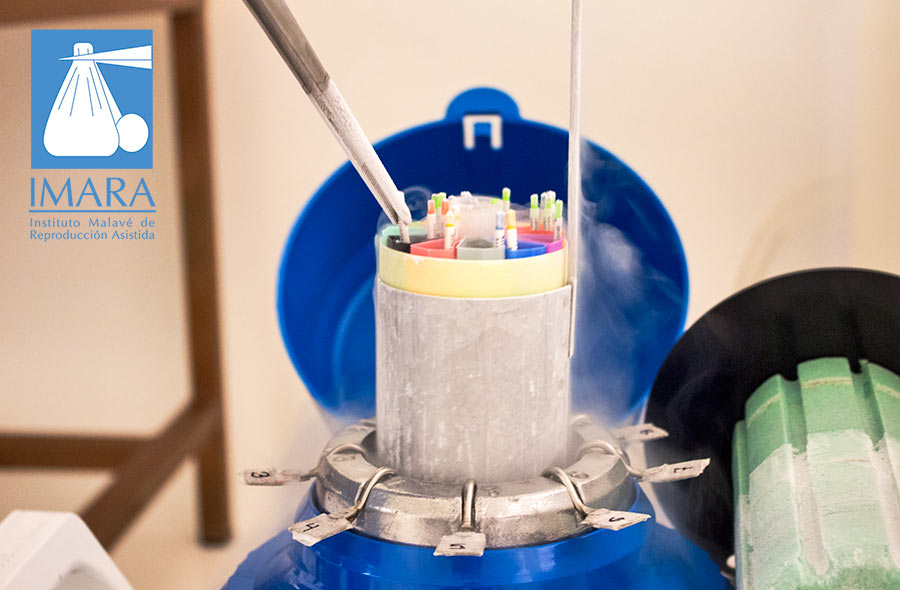 In some occasions, patients receive after the in vitro fertilisation, apart from the transfered embryos, useful embryos which can be preserved due to the vitrification. Only the embryos with good biological features will be used for the fertilisation.

In determined cases, all of the good embryos of the circle can be vitrificated without being implanted. This happens in the following cases:

The vitrification is a useful process in cases in which the number of obtained eggs is elevated.

The implantation rate, as well as the clinical results of vitrificated embryos is in comparison to the fresh embryos equal. This is explained by the fact that embryos are still intact despite the freezing. They do not suffer any damage and their working order is at 95%,

It is a recommended option for patients with risk of an Ovarian Hyperstimulation Syndrome (OHSS), endometrial deterioration, or for elderly women who need a Preimplantation Genetic Diagnosis (PGD) to know the normality or genetic and chromosomal abnormality of their embryos, since in the last case, it is often necessary to vitrify the embryos pending the genetic outcome.

The best embryos will be chosen for the transplantation. The other ones will be frozen. The vitrificated embryos can be used in other circles, if the patient does not become pregnant after the first intent.

In exceptional cases, not only the eggs, which haven’t been transplanted will be vitrificated, but all of them. It’s recommendable to do this for mothers who have hyperstimulated ovaries and can’t receive a transplantation (a possible pregnancy could worse the symptoms) or because the uterus isn’t receptive enough (because the patient has been bleeding ahead of the transplantation or other conditions do not permit it).

Furthermore other conditions which are rare do exist. However, we want to include them in this section, as well as patients wich suffer from endimetrial polyps, which could cause difficulties for a transplantation or the patient has to undergo a chemotherapy or a radiotherapy. In all these cases the implantation will need its required time and the mbryos can be vitirficated as long as possible, until the patient is healthy again.